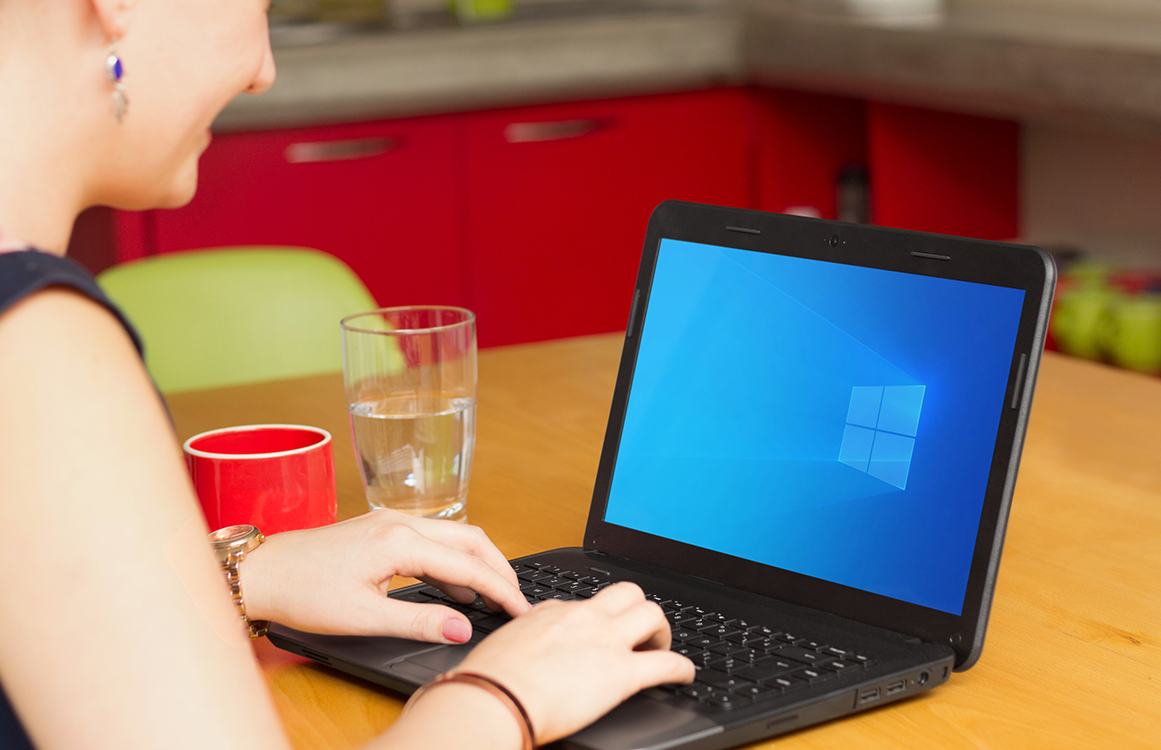 Top 10 Microsoft Products of All Time

Microsoft has come a long way since its humble beginnings in Albuquerque, New Mexico, where Bill Gates and Paul Allen, two young college dropouts, founded a small boutique computer company. That company would later grow into the giant behemoth that it is known today. To call Microsoft products “influential” does not do it justice to how many hours are spent using these products. If you’re looking to find new software solutions this post is for you! Get ready for the best products all business owners and teams find very useful throughout the years.

These are the top 10 Microsoft products of all time

With each iteration that releases every few years, the Windows operating system has undergone some major revamps over the past decades. Microsoft took the experience gained from each iteration and created a version of Windows that held the top market share of computer operating systems. The end result was Windows XP, and its default desktop picture is now synonymous with stability and innovation. All users, whether it was the consumer, developer, student, small business, or enterprise was using Windows XP heavily from its launch in 2001 all the way until the beginning of the 2010 decade. This is commonly praised as the all-time best version of Windows. 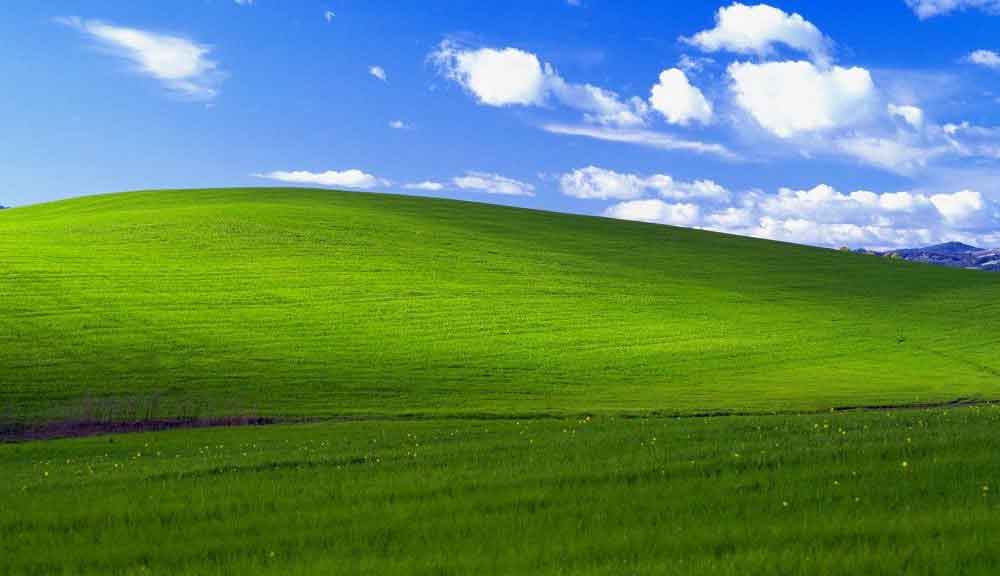 You might know Bing as the search engine that is historically overshadowed by Google. Bing is without a doubt not as popular, but can proudly claim the title of second-best behind the search engine that already has a place in dictionaries (to google something is to look it up on Google). The power of Bing comes from Microsoft’s various experiences with the search engines that preceded it: MSN Search, Windows Live Search, Live Search, and Yahoo! Search. Yahoo! Search has a long and storied place in the finance and medical industries, which gave Bing access to previously compiled indexes.

MS-DOS, short for Microsoft Disk Operating System, was the premier operating system for IBM personal computers in the 1980s and 1990s. It’s a classic interface with simple neutral colors that consolidated many different user interfaces and systems before the visual operating systems that we know and use came to be, making them more attractive and widely used among mainstream users. You could say MS-DOS truly defined the ‘personal’ in ‘personal computers.’

Back in the 1990s, Microsoft faced an issue that would affect its software ease of use and usability. Computer mice were just starting to become popular and Microsoft had adopted the mouse and pointer method for navigating the graphical user interface of Windows. The average consumer was not used to using the mouse. Microsoft tackled this issue by bundling the Solitaire card game with its operating systems, starting with Windows 3.0 in 1990. The game taught users how to use, move, click, drag, and drop, the basic motions and actions required for using a mouse. Many users were also intimidated by the GUI of Windows and the mouse. With Solitaire, users were eased into an otherwise daunting challenge. Solitaire is included in the new versions of Windows even today, paying homage to an integral piece of software that may have influenced an entire generation.

Microsoft Visual Studio is used to develop computer programs, web services, and mobile applications. The first version of Microsoft Visual Studio was released in 1997 and it gave developers great flexibility with its bundled toolkit creating an overall better experience and providing different angles with various development languages, frameworks, and tools. Since 2015, Microsoft has dedicated their Visual Team to adding utility to Visual Studio by revamping the already great interface and overhauling the toolset to make development more efficient.

Microsoft entered the gaming console war with the release of the Xbox in 2001. It featured online game services where players could compete with each other without being in the same room. There was also an intuitive user interface and buddy list system. The Xbox 360 built upon all of this and was released in November 2005. Over 75 million units were sold worldwide and have completely changed the way people think about multiplayer games. With games like Halo and Gears of War, the Xbox 360 proved that online gaming communities could exist on gaming consoles.

The Xbox team at Microsoft went above and beyond with the release of Kinect, a webcam mounted peripherally for the Xbox 360 that enabled gamers to play games with motion gestures and oral commands. For its time, Kinect was truly a technological ingenuity, and that puts the Xbox 360 in the Top 10 Microsoft Products.

It’s hard to imagine the beginning of the digital era without text editors. The launch of Microsoft Word, followed by Excel, and Powerpoint in the mid-1980s was the precursor to the release of Microsoft Office. These three programs released separately, with many more Office programs to follow in later years. Microsoft released Office 95 in 1995, which bundled Word, Excel, Powerpoint, Access, Schedule+, and Binder. Professionals and everyday normal consumers around the world have since been utilizing homogenous content creation, editing, and management. Today we applaud the efforts of the Microsoft Office teams from its humble beginnings to the now cloud-based Office 360 that helps businesses power their management teams in addition to offering the great programs that we know and love.

Microsoft Azure is a cloud web service and arguably a product that can become the next transcendent Microsoft product. Azure is in many ways the future of Microsoft. It offers Virtual Machines, app services, SQL database, storage, frameworks, development tools, and so much more for businesses seeking Digital Transformation and professionals. 95% of all Fortune 500 companies use Microsoft Azure. It offers unprecedented horizontal and vertical scalability that enterprises and corporations are constantly striving for. It operates as a Software as a Service (Saas), Infrastructure as a Service (Iaas), and Platform as a Service (PaaS).

Microsoft Azure runs mainly on the .NET framework, another Microsoft product, and provides over a hundred different services. You can run both Windows or Linux virtual machines on Azure, providing a means to run programs and bring about immediate changes and support. Or essentially set up a Windows or Linux virtual machine that hosts whatever software you want to use and the software runs only when you want it to. Access to this software can be from anywhere in the world due to the nature of the cloud. In many ways, it’s simply a product of the 21st century just like how Windows 95 was a product of the 20th century.

Our number one in our Top 10 Microsoft Products of all time is without a doubt Windows 95. It really needs no introduction. Great functionality, Windows File Manager, Program Manager, Windows Explorer, Print Manager, and dynamic interface are just a few reasons why Windows 95 is at the top of our list. This fully integrated version of Windows and DOS and offered built-in internet support and came bundled with Internet Explorer. The interface of Windows 95 was so great and useful that every version of Windows succeeding Windows 95 uses an upgraded version of the original user interface. It’s the interface that hundreds of millions of people around the world are familiar with. A desktop with icons, a start button that gives access to programs, and a taskbar that displays the programs that are currently running. Windows 95 was released during the dot com boom and certainly assisted in connecting millions of users to the World Wide Web for the very first time. Its place in technology history cannot be described in words and its impact will remain undeniable for eternity.

Windows Microsoft products for Advancio in a Nutshell

Even though Microsoft has grown in so many ways, and some products have disappeared or evolved, one thing is for sure: a business transformation can use so many of its products! This is not just about organizing virtual teams but getting all your ideas out there and sharing them with others. As for us at Advancio, Azure has been our great ally for specialized software development. Our .NET developers have given us the Gold Microsoft Partner and I guess this can show a bit more how much we appreciate this great tool. Share with us what your favorites are.